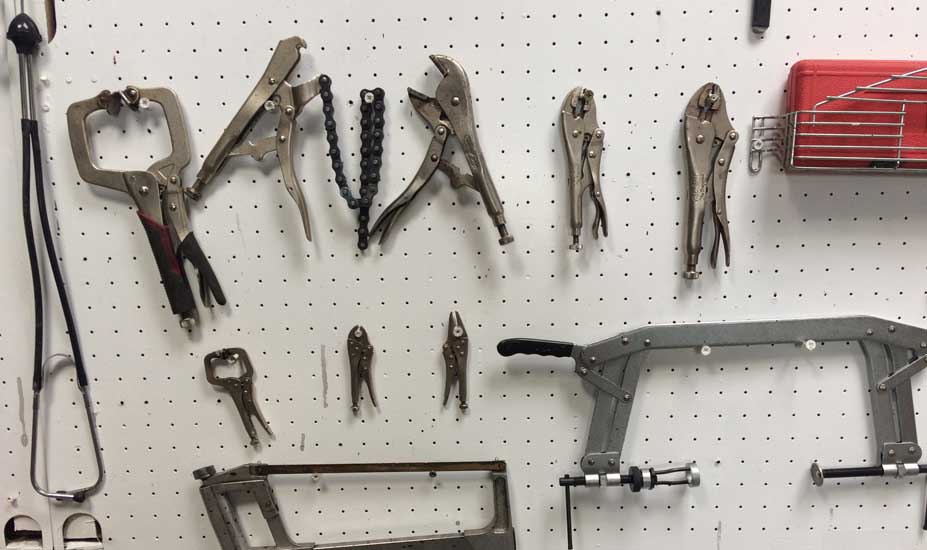 Are Vice Grips Made In USA?

The first Vice-grips was invented by a blacksmith, William S Petersen in Nebraska in 1924. The story goes, he needed an extra pair of hands in the workshop, so necessity being the mother of invention.

So, are Vice-grips made in USA? No, Vice-grips the brand are no longer manufactured in America, production stopped in 2008 and was moved to China.

Interestingly though, in 2018 a small tool company called Malco bought the original vice-grips factory in DeWitt, Nebraska and has employed some of the original workers. They plan to manufacture a line of vice grips called Eagle Grip professional-grade locking pliers. Not available yet, but when I get a set I'll update this post.

I think I have every type Vice-grips ever made, I use at least one of them every day. Yes' I have a few favorites, I like the original type without the rubber grip handle and I prefer my older ones, I don't know why, more familiar maybe.

Anyway, if your going to buy a Vice-grips, (available on Amazon) buy the 3 piece, it gives you complete flexibility in terms of application, nothing more frustrating than not having the right tool for the job.

I use my straight jaw set the most, they're ideal for removing damaged nuts and bolts or just holding a work-piece, I couldn't work without this set.

The curved jaw set is ideal for tubing or anything cylindrical and it has a handy wire cutting feature that most people don't know about.

I use the pointy nose set the least, but it has a great advantage over the others, its weight makes it ideal for lighter more delicate work.

Some of the pictures on this page link to Amazon.com where you can check price and delivery of products. We are a participant in the Amazon Services LLC Associates Program, an affiliate advertising program designed to provide a means for us to earn fees by linking to Amazon.com and affiliated sites.

The 3 piece Vice-grip set is a staple in every self respecting handyman's tool arsenal.

This set was among the first tools I owned, I still use at least one of them every day.

William Petersen was granted a basic patent on the vice-grips in 1924, and he sold his invention from the trunk of his car in neighboring towns and farms.

The first evolution of the grips had the adjusting screw, but it took several more before the grips became a locking grips. By the mid 1930s Mr Petersen and his whole family were working for the company.

He established the Petersen Manufacturing Company in 1934 and first plant opens in 38 in DeWitt, Nebraska.

The Vice-grips was a staple tool in every truck and on every farm and eventually in every home. Tools were sent to the UK to help with aircraft manufacturing and ship building during the war years.

By 1941 Peterson's Vice-grips patent had run out, but they got busy improving their product and expanded the range. In 1948, larger jawed grips and in 1951 the locking C grips hit the stores.

The final evolution came in 57 when the whole range got the quick release trigger we're familiar with today and the curved jaw vice-grips made its debut.

Today Irwin Tools, based in Huntersville, North Carolina manufacture and manage the Vice-grips brand together with several other well known tool brands. Irwin Tools are owned by the Stanley Black & Decker Inc. 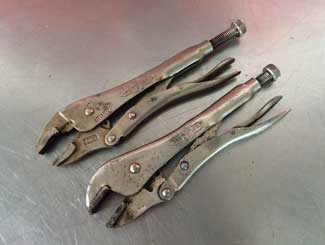