Aargh! Just when you need it, it lets you down. Anyhow, you are in the right place, this post will show you how to get the juice flowing again.

A generator that starts then cuts out, suffers from a dirty carburetor. Cleaning the carburetor will fix the problem.

In this post you’ll learn how to correctly diagnose the root cause of the stalling and how to fix it. You’ll also learn some other less likely but possible causes of stalling.

As you have described the the symptom so well, it is pretty clear the root cause of the stalling motor is a dirty carburetor. There are as said other possible causes but we’ll deal with those later in the post as they are less likely.

I routinely diagnose dirty carburetors just by how the customer describes the symptom.

But here’s a few other clues that we’re on the correct track:

The only way to know for definite, is to pull the carburetor bowl and check for dirt. And that’s what we’ll do next.

In some cases, simply removing, cleaning and refitting the gas bowl is all that’s required to fix the issue. Which is great because that’s a ten minute job.

However, most carburetors will unfortunately require removal, teardown and cleaning before they’ll sing in tune.

Anyhow, it is worth trying the bowl clean before going to the trouble of a full carb strip, and so that’s what we’ll try right now.

The carburetor bowl lives at the base of the carburetor. The bowl so called because of it’s shape. The bowl is a reservoir of gas that stands ready to feed the engine.

Dirt and debris collects at the base of the bowl. This is normal, as gas filters never catch all the dirt. To clean the bowl we’ll need to remove it.

Best to move the generator out side or where there’s lots of ventilation. Gas will spill from the bowl and it stinks.

You’ll find all these tools here on the “Generator maintenance tools page”.

When removing the gas bowl, the gas bowl gasket may or may not come off with the bowl. I advise not disturbing the bowl seal if possible. Removing them may distort their shape which causes bowl leaks. If this happens, and sometimes it just does, you’ll need to replace the bowl seal.

Some generator carburetor bowl fasteners may double as a fuel feed jet. You’ll identify them by the presents of port holes. If your carburetor sports this type bowl bolt, it needs to be cleaned thoroughly with a strand of wire.

The bowl & bowl bolt cleaning process looks like this:

If after fitting, you find a gas leak from the bowl, try loosening and repositioning and snug fastener again. Old bowl seal and gaskets often leak after being disturbed, you may need to replace both bowl and fastener gasket.

If that worked out for you, great! If not we’ll need to move on and remove, strip, clean and refit the carburetor. And that’s exactly what we’ll do next.

Removing, stripping and cleaning the carburetor will require a little patients and a few more tools.

The following will make the whole job move like butter :

Your carburetor air fuel mix screw may be removeable or it may not. If it is, it’s location is important, count the number of turns when removing. Marking a screwdriver handle helps when counting the full turns.

An ultrasonic tank does a fantastic job cleaning carburetors and small parts. A second best option is a can of carburetor cleaner and some carb cleaning brushes, you’ll find both here on the “Generator maintenance tools page”.

If your gas is old and by old I mean anything older than a couple of months, then take this opportunity to drain it off.

Place the loose fuel line into a suitable container and open the gas tap. You’ll need to do this out side, gas will stink up your workspace otherwise.

Rebuilding is as you imagine, just the reverse of the strip down and removal process.

Here’s a few mechanics tips for the process:

Check the float valve tip for wear. A pink color or perished rubber means it’s time to fit a new valve
Refit the idle screw to same number of turns counted on removal
Refit the fuel mix screw to the same number of turns counted on removal (some aren’t removable, mine wasn’t)
Refer to phots for both gasket location and orientation
Refer to photo for governor, spring and choke lever locations
In many cases fitting the governor and choke levers before mounting carburetor is easier
Don’t over tighten the carburetor fasteners
Replace fuel line filter (if fitted)

That’s it you nailed it, that wasn’t so bad!

Modern gas is blended and doesn’t really suit small engine vented fuel systems. Blended gas in small engine systems begins to go stale after just one month, in severe cases the stale gas congeals and blocks up the carburetor. This problem may be avoided by using a fuel stabilizer.

Gas stabilizer is a special additive that keeps gas fresh for up to two years and protects the plastic and rubber fuel system components from the corrosive effects of ethanol.

Add 1/2 oz. (1 tablespoon) to one gallon of gas
Shake can well
Fill generator gas tank
Run the engine to allow gas mix throughout the fuel system

You can find a link to the gas stabilizer I use and a video of how to mix it here on the “Generator maintenance tools page”.

other possible causes of a stalling engine

Carburetors fail, they are a carefully calibrated component and when they wear out they are trouble. If you fuel system is clean and your choke works, consider fitting a new carburetor. They aren’t expensive and as you know aren’t difficult to fit either.

I’ve added various links to relevant articles, they may or may not be linked to a generator post, but that’s ok as all small engines are pretty much identical.

You may find these other generator posts useful: 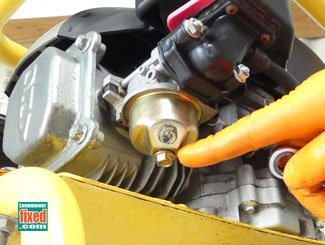 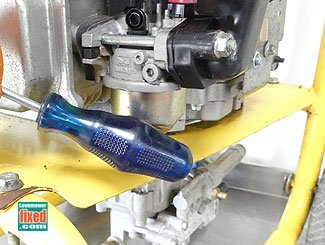 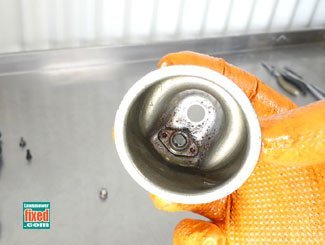 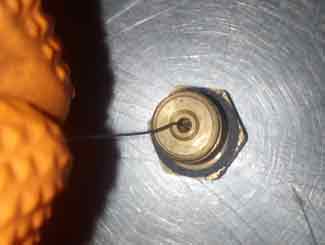 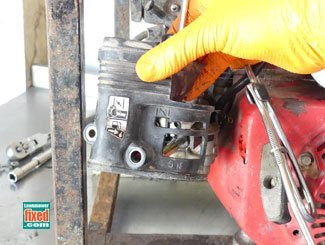 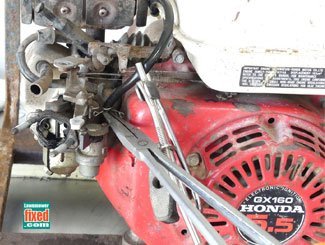 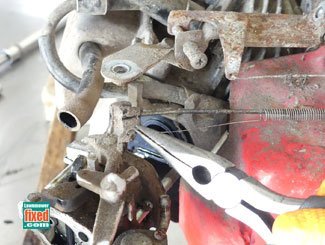 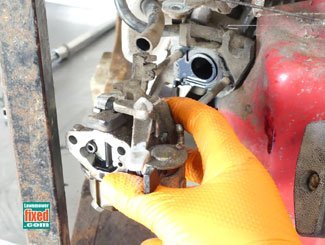 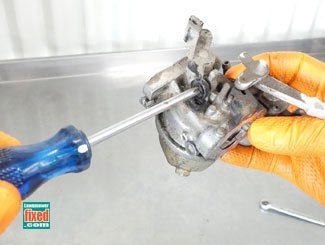 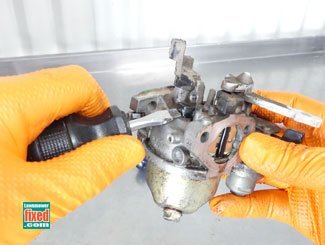 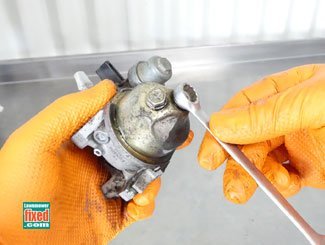 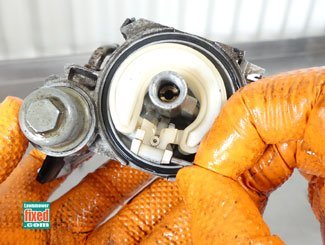 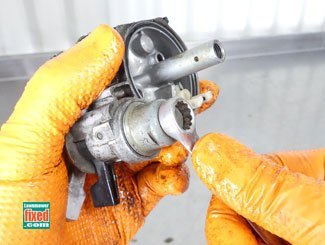 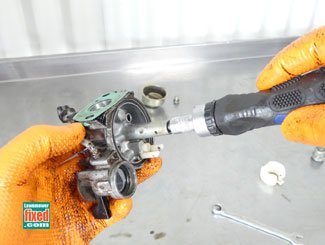 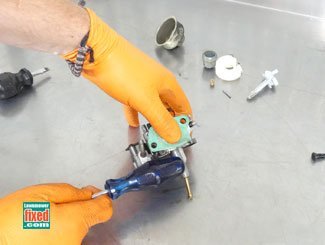 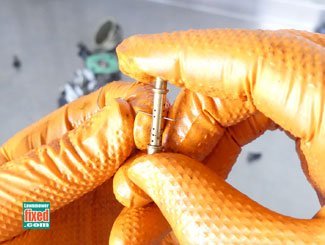 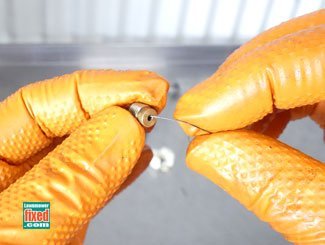 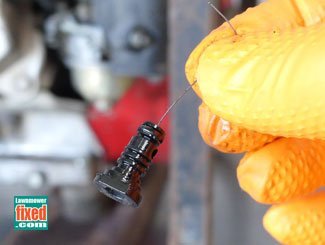 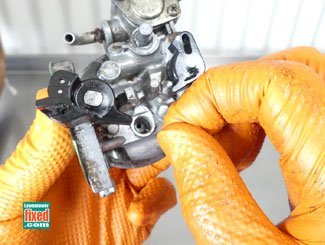 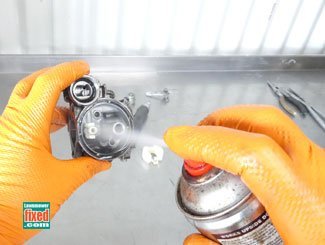 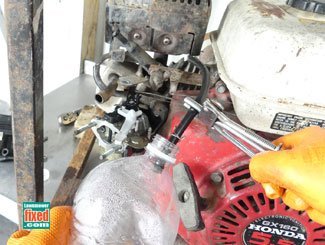 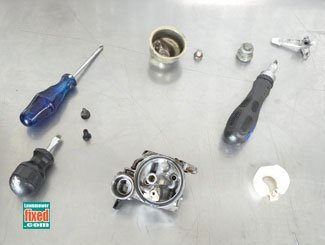 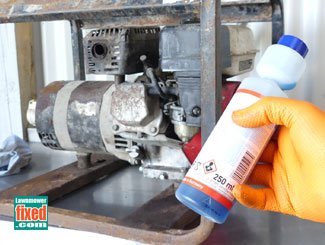 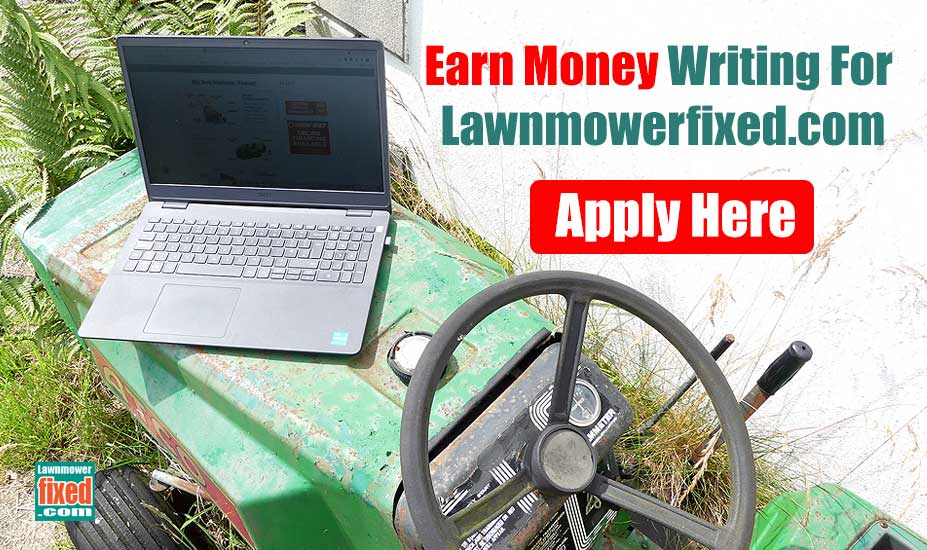