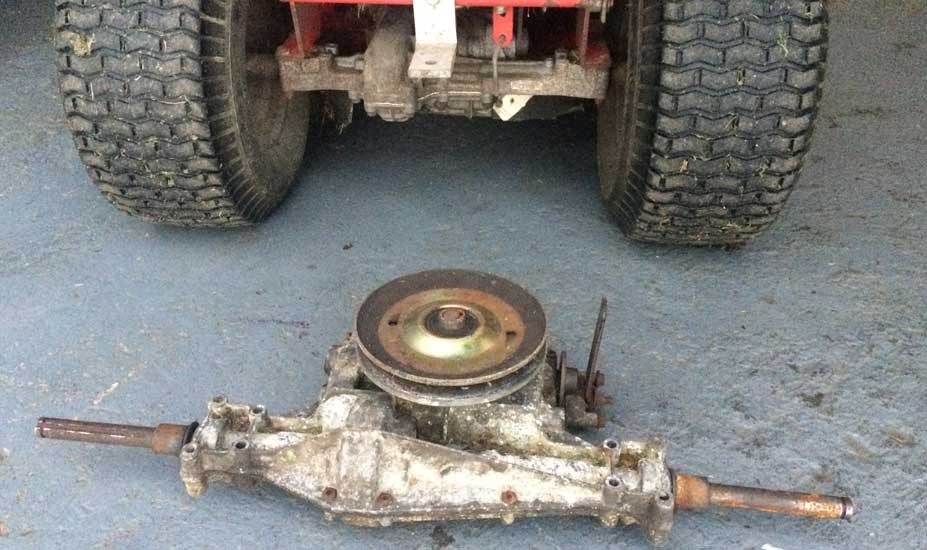 What Is A Lawn Mower Transaxle?

A trans-axle transfers the power of a lawn mower engine into forward and backward motion. It sounds like a made up word, and I suppose it is. It's a cross between the words transmission and axle.

So what is a lawn mower transaxle? It's a single mechanical assembly that combines the functions of a transmission, differential and driving axle. The word trans-axle describes both the type of transmission and the axle set up in a vehicle.

Combining all these separate components into one integrated unit was a stroke of genus, and in this post you'll find out why it's so clever.

Before the trans-axle was invented, the transmission, differential and driving axles were all separate assemblies. All these separate components do a different job (more on that later) and were as you can imagine quite bulky, getting them to fit into a small area was a challenge.

The trans-axle is compact and combines all the functions of the separate assemblies, it's main function is to transfer engine power into forward motion. Depending on how sophisticated it is, you may have reverse motion and variable speed control.

Trans-axles are the normal setup in all front wheel drive cars, and most people will refer to a trans-axle as the transmission, or transmission assembly.

Lawn tractors will have the trans-axle at the rear of the mower, it's usually pretty bulky and well defined, with a fat wheel at either side.

Lawn tractor trans-axles are either manual or automatic just like a car. The gear driven trans-axles have a clutch pedal and a gear selector, the brakes are also mounted on the trans-axle.

The auto version has a variable speed forward and reverse pedal and is usually a hydro-static (oil pressure driven) or CVT type.

The highly manoeuvrable Zero turn mowers are a little unique in that they have two hydro-static trans-axles, one for each rear wheel. This set up allows them turn tightly, just like a shopping trolley.

Trans-axles are driven as you know by engine power. A belt from the engine pulley, mounted just above the blade, transfers power to the trans-axle pulley.

Turning the trans-axle pulley on some trans-axle types causes the mower to move, on other types, a lever will need to be operated also. 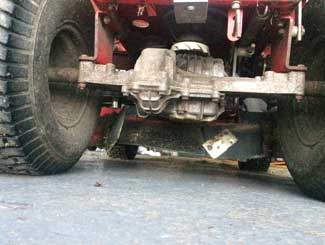 Mostly they're pretty durable, belt breaking and wear are common problems on both walk behind and tractor mower trans-axles.

Walk behind mower trans axles are operated by pulling and holding a lever, the lever is operated by cables, and they need to be adjusted and replaced in time.

Nearly all trans-axles are oiled for life, meaning you don't need to dip or top up, if fact on most you can't, there's no access.

Hydro-static models will need an oil top up, usually they'll have a plastic oil reservoir mounted on top of the trans-axle. A special oil grade is used (20w50) to top up and air will need to be purged from the system, but it's not difficult to do.

Tractor mower trans-axle brakes will need adjustment, pads may need to be replaced and brakes not working is common.

Constant Variable Transmission (CVT) (youtube link) are fitted to some tractors and as they age belt wear and non oem fitted belts can cause lots of problems. 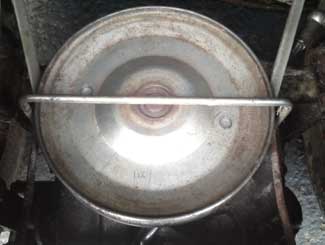 A mower transmission as the word suggests transmits rotery motion (turning of the engine) into linear motion (mower moving forward or backward). Mowers mostly use two types of transmissions - gear driven and hydro-static.

A basic walk behind mower transmission will have one gear speed but the higher end variable speed type gearbox may have a Constant Variable Transmission (CVT) (youtube link) type setup or variable slip.

The axle as you know is what the wheels of your mower are fitted to, the axles job is to support the weight of the mower, fix the drive assembly firmly to the mower and hold the wheels in place.

The genus of the trans-axle is that the outer case is the axle, it supports the weight of the mower and is fixed solidly to the chassis of the mower. Contained within the axle is the drive shafts and differential.

The differential job is to allow one wheel to move independent of the other, this is useful when turning corners as the outer wheels of a mower travels further than the inner wheels.

The axle structure of a mower, doesn't give much trouble, and apart from removing grass and debris from the cooling fins, it's maintenance free. 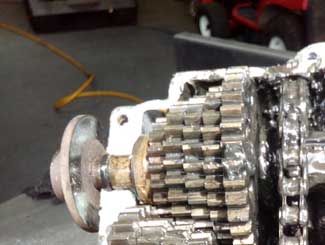